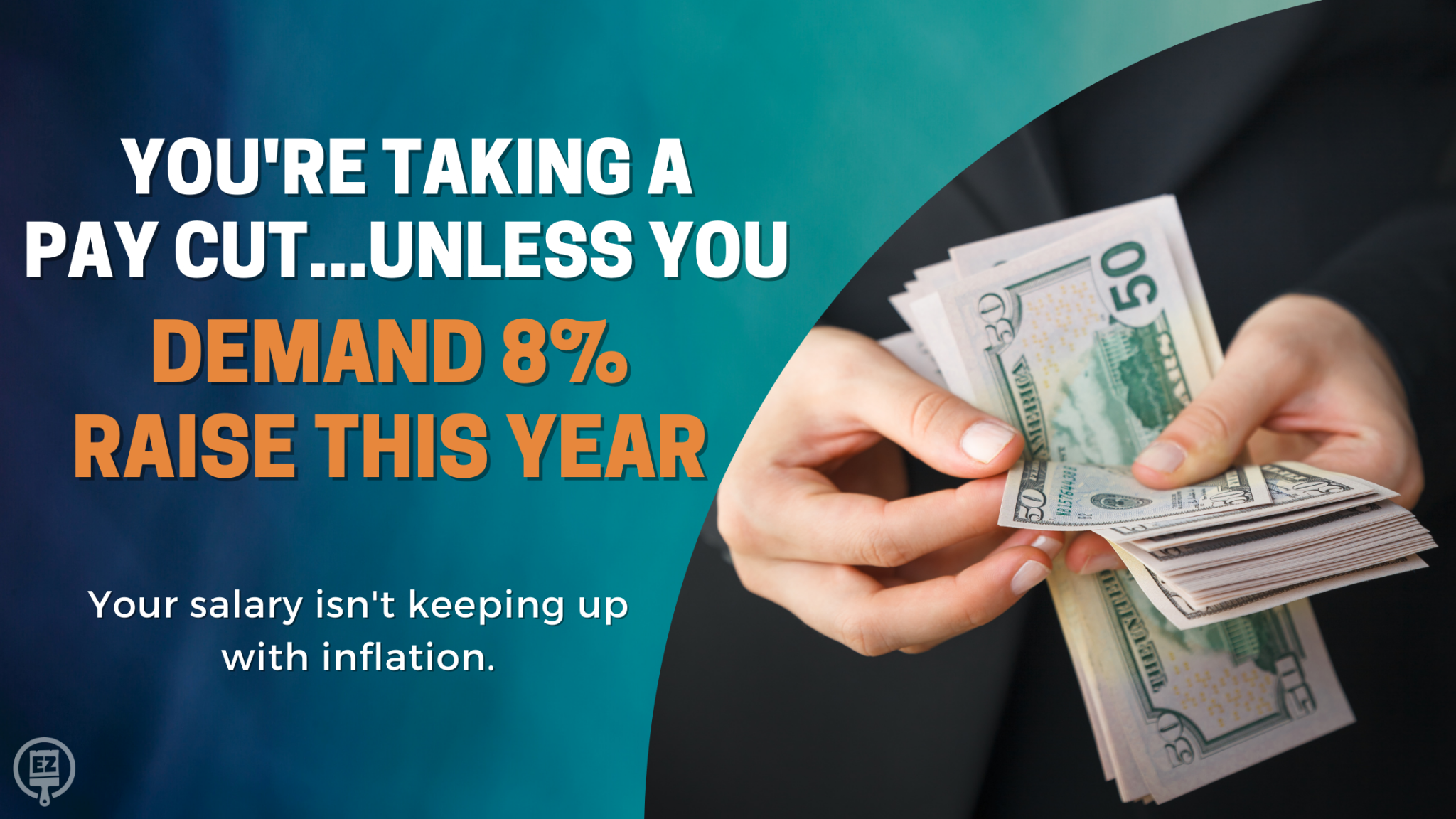 It’s no secret that the cost of living has been on the rise in recent years. Inflation has caused prices for everything from groceries to rent to skyrocket, and wages have failed to keep up. This means that, unless you’re lucky enough to have a cost-of-living adjustment clause in your contract, you’re effectively taking a pay cut every year.

The solution? Go for a raise. Specifically, ask for a raise that will keep up with inflation. For most people this year, that means asking for a raise of around 8%.

Inflation and the cost of living have increased

Rising prices are putting a lot of financial pressure on Americans, especially those who are already struggling to make ends meet. This is the largest year-over-year increase since 1982, and the federal minimum wage has stalled at $7.25 an hour since 2009 – which has lost 34% of its value since the 1960s. Obviously, this is not enough to cover the cost of living in most areas of the country.

The average monthly rent for a one-bedroom apartment at the start of 2022 is $1,688 according to the annual Rental Report, and in some areas, like Gilbert, AZ, it saw as much as a 108.5% increase since this time last year.

If it seems like your grocery bill is also getting out of hand, you’re not imagining things. Even with shrinkflation (smaller quantities, but for the same price as the previous larger product size), the average food inflation rate is still about 8% higher than last year on top of that, according to the USDA as of March 2022. Other notable price increases include utilities (+32.8%), healthcare (+8.4%), and gas (+38%).

A lot of this has to do with issues with the supply chain, which have been ongoing throughout the pandemic, and now we’re also starting to see lash back from the Russian sanctions, which have ripple effects in nearly every industry across the world. Prices are expected to continue rising throughout the year, so it’s important to be proactive about your finances and make sure you’re getting paid what you deserve.

If you don’t ask for a raise this year, you’re taking an 8% pay cut

With this increase in the cost of living and higher inflation rate, anything less than a pay raise equal to that amount is equivalent to taking a massive pay cut. Don’t let that happen – ask for a raise this year! You may be surprised at how much more you can get if you make your case convincingly.

Admittedly, this isn’t always easy. Asking for a raise can be awkward, and you may be worried about jeopardizing your job if you don’t get the answer you want. But remember – it’s better to ask and not get the raise than to not ask at all. Also, with the Great Resignation causing massive worker turnover, you hold more bargaining power than usual, as employers are desperate to retain good talent.

How to ask for a raise

So how do you go about asking for more money? These 3 things will help you in your salary negotiation:

Companies save money by perpetuating the notion that discussing salaries is taboo, so they get away with paying workers less. Also, it’s more expensive for businesses to hire new workers than to retain experienced employees. Use this information how you see fit.

Once you’ve settled on a number, don’t be afraid to ask for more than what you want. It’s always better to start high and come down than to start low and have nowhere to go. You may not get everything you ask for, but you’ll be in a much better position if you negotiate from a position of strength.

It can be intimidating to approach your boss and request more money, but it’s important to remember that they can’t give you a raise if they don’t know you want one.

So don’t wait for your boss to give you a raise – ask for one yourself! It’s the only way to ensure that you’re being fairly compensated for your work. And, who knows – you may just get what you’re after.

If you’re still not convinced that your boss will give you a raise, it’s time for a career change. Take control of your income by opening a Paint EZ franchise, and have the support of a well-established company behind you, giving you the best chance for success.

Schedule a call with us today to learn more about the benefits of franchising and finally get paid what you’re worth. We can’t wait to chat with you about this exciting opportunity!