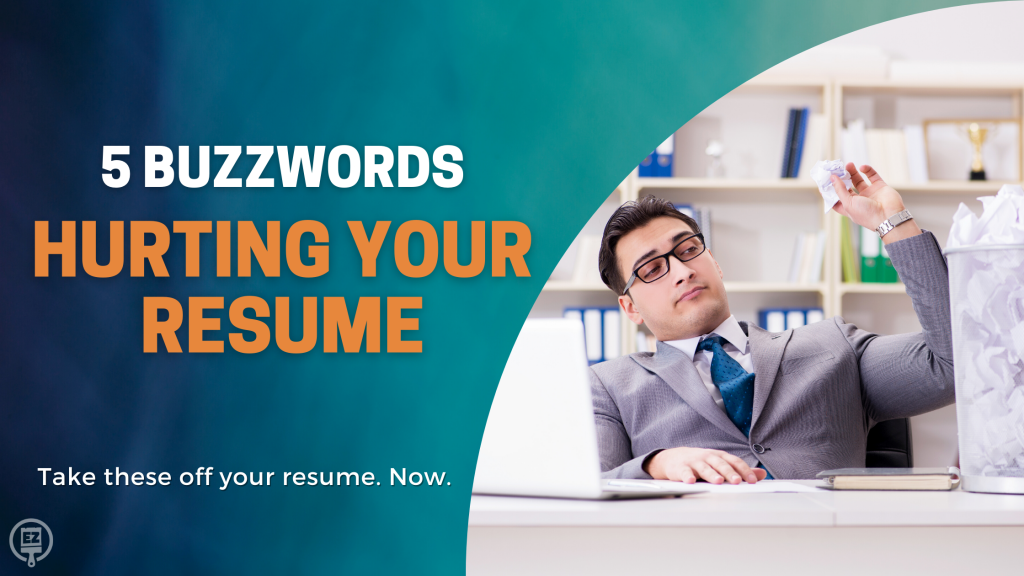 Cliché and dated, it’s time to move on.

Often, your first impression with a potential employer is your resume, which is easily lost among the hundreds of others that all look eerily similar. In an effort to stand out, you’ve dutifully updated your resume with key buzzwords, not knowing that this is killing your chances of ever getting an interview.

Here are the words that are the most hated by hiring managers, diminishing your credibility and causing your resume to end up in the recycling bin.

Why it sucks: “I really hate this one,” says Matt, an experienced office hiring manager. “Anyone can say they’re a team player, but I’m on the lookout for the more subtle clues. Things like being able to collaborate across departments, and having consistently strong communication skills. Can they get along with others, and actually get things done?”

Try this instead: Highlight where you shine in group work settings, such as being comfortable taking on leadership roles, organizing task responsibilities, or contributing to the overall success in some other way. Be honest, and sneak in soft skills that hint at your ability to play well with others.

“Think outside the box”

Why it sucks: “This is the least creative way to try and make this claim,” sighs Chris, who screens incoming applications for a hiring agency. “Where’s the innovation? Where’s the creativity? It’s obviously not here if that’s the best they can come up with. Next!”

Try this instead: If you work in a creative industry (graphic design, marketing, content creation, etc.), your resume better not be a preset Word template from 2009. Your resume is like your window display and needs to showcase your creative edge. As for the typical pencil-pushers not in conventionally creative industries, demonstrate your innovativeness through past achievements by playing up examples of when your creative problem-solving skills saved the day.

Why it sucks: “This phrase is overused,” says John, CMO of a marketing firm. “Taking initiative is so basic and expected. Don’t say it; prove it!”

Try this instead: Prove your track history of taking initiative by mentioning projects you’ve taken on, whether at work or through extracurriculars. Organizing a 5K run for breast cancer awareness is far more impactful than making empty claims of being a self-starter.

Why it sucks: “And…?” Prompts Sara, who works in recruitment. “If I see that you switch jobs every 2 months, or there are mindless typos on your resume, I’m not going to waste my time.” Sara goes on to explain, “I can tell within a few moments who is motivated and driven, by how they present themselves.”

Try this instead: If you have gaps on your resume, come prepared with an explanation and focus on what you were doing off-paper, such as developing a career-relevant skill. Under previous job experience, list what you accomplished to validate that your time there was a valuable asset (rather than a headache) for your past employers.

Why it sucks: Alan, a headhunter in the marketing industry, has this to say: “A legit guru will never actually refer to themselves that way, because they don’t need to! It’ll be obvious by what they can demonstrate on the fly and is usually backed up by their experience.”

Try this instead: Mention supporting evidence of your expertise that will help you stand out from the crowd. Are you Google Certified in Project Management, won an award for Most Sales during a fundraiser, or gave a presentation to train others in what you do? Put it on your resume!

After speaking with those who specialize in identifying good talent, the unanimous advice is to avoid cringey clichés, and instead showcase your skills through examples of action. With the current job market competition being the most educated generation in history, simply having a 4-year degree doesn’t cut it anymore. Don’t underestimate the importance of having refined soft skills that are useful in a work setting, and strengthen your claimed accomplishments with data that proves you made a powerful impact.

If you’re tired of the job hunt, have you considered being your own boss? Stop waiting for job callbacks and start a Paint EZ franchise instead.