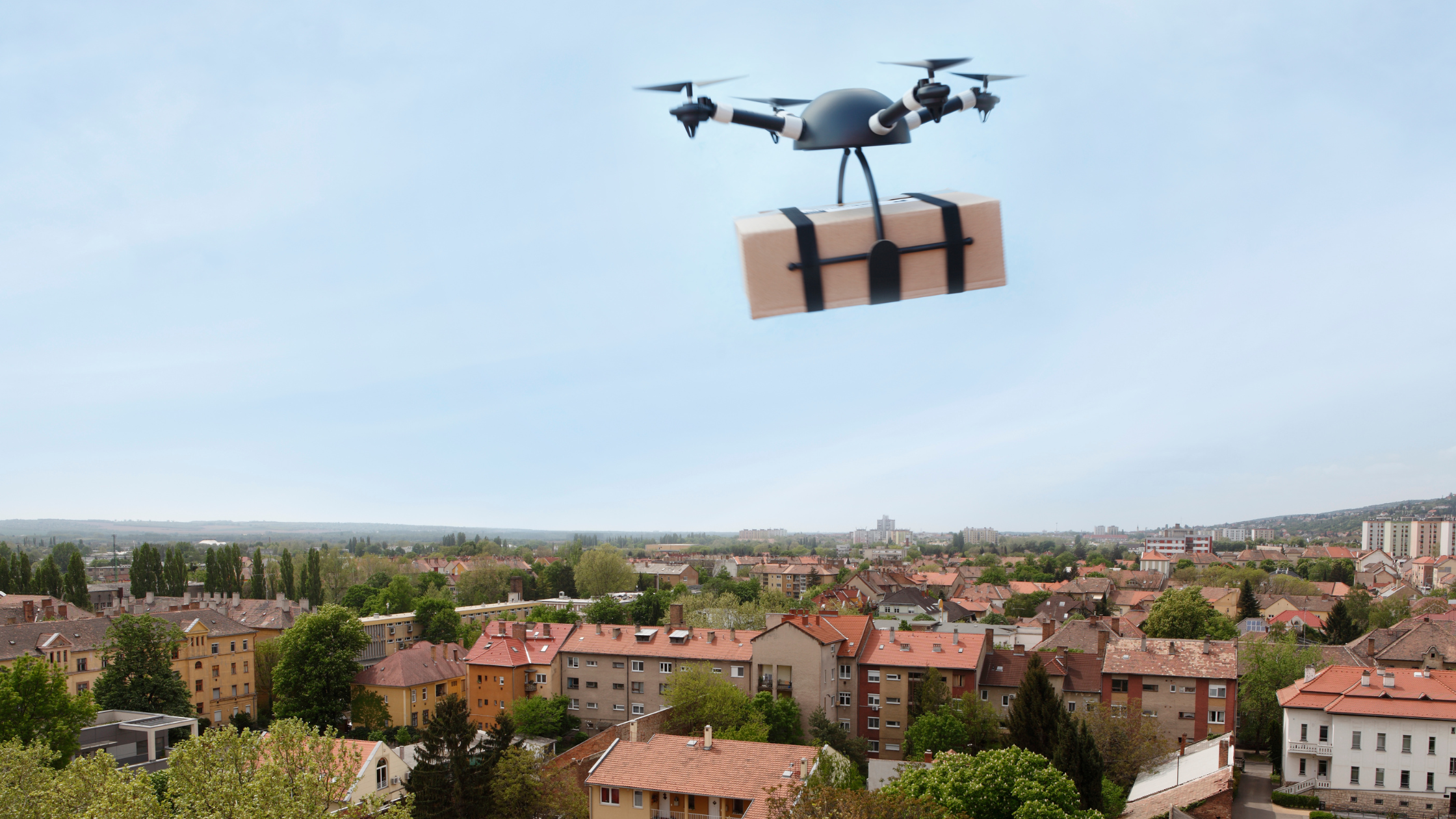 After years of anticipation, setbacks, and red tape, Amazon is finally bringing drone deliveries to the US.

As announced earlier this month, Amazon will be piloting its Prime Air program to customers located in Lockeford, CA later this year. So if you live in this small central California town and are an Amazon Prime customer, you could be one of the first people in the US to get your packages delivered by drone.

Headlines of Amazon drone deliveries have been periodically popping up since 2013, with initial promises that we’d see packages zooming across the sky no later than 2018. That sure would have made contactless delivery during the pandemic a lot easier!

So, what took Amazon so long to get its drones in the air?

Amazon has been working on its Prime Air drone delivery program for years and has had to overcome a number of regulatory hurdles in order to bring it to fruition. The Federal Aviation Administration (FAA) has been hesitant to approve drone deliveries, as they present a number of safety concerns.

There are certainly potential safety issues to consider when it comes to boxes flying through the air, such as avoiding power lines and making sure not to drop a package on top of an unsuspecting poodle.

Amazon has invested a lot of time and money into addressing these valid safety concerns. The company claims to be equipping its delivery drones with a sensor system that will allow the drones to detect and avoid collisions with people, pets, and other aircraft.

Aside from safety, there have also been hurdles of practicality along the way with this new technology. Drones can be large, loud, and heavy. Amazon has created and tested more than 2 dozen prototypes before landing on the current model that will be used for the Prime Air program later this year in Lockeford.

While Amazon may have had the idea first, other companies ultimately beat them to the punch. Domino’s (in New Zealand), Alphabet (in Australia), and UPS have started rolling out drones to use for suburban deliveries, generally with small packages weighing under 3 lbs.

Even Walmart is chomping at the bit to get in on the action, furiously competing with Amazon by filing dozens of drone patents in the last few years. With drone delivery limitations generally restricting a delivery radius to just 15 miles of the distributor, Walmart may have the upper hand over Amazon. Roughly 90% of the US population lives within 15 miles of the 4,700+ Walmart locations.

So, will we be seeing drone deliveries in our neighborhood any time soon?

Probably not. But it’s definitely a possibility in the not too distant future. So far, the FAA has only granted a handful of commercial drone operators permission to fly, and those have been for specific use cases such as mapping and utility inspections. There is currently no legal framework in place to allow for widespread drone deliveries.

The FAA is working on it, though. In December 2016, the FAA released its Small Unmanned Aircraft Systems Rule, which gave drones more freedoms and opened the door for commercial use. Then in December 2019, the FAA removed a number of restrictions on drones and created a path for routine commercial use, including drone deliveries.

The Lockeford pilot program will be a big step forward for Amazon and could pave the way for a wider drone delivery rollout in the US in the future. So far there’s no word on when exactly we can expect to see Amazon drones buzzing around our neighborhoods, but it’s certainly an exciting time for package delivery!

How do you feel about the tradeoff of a sky full of smiling boxes in exchange for receiving purchases in as little as 15 minutes? Let us know in the comments below!